Auksalaq is available here as digital streaming and HD download or on DVD. 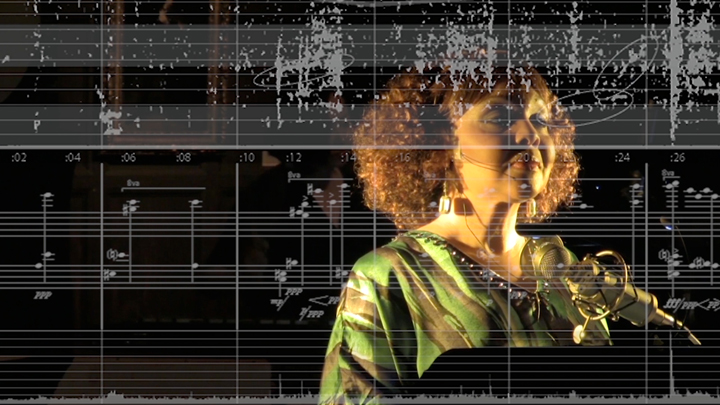 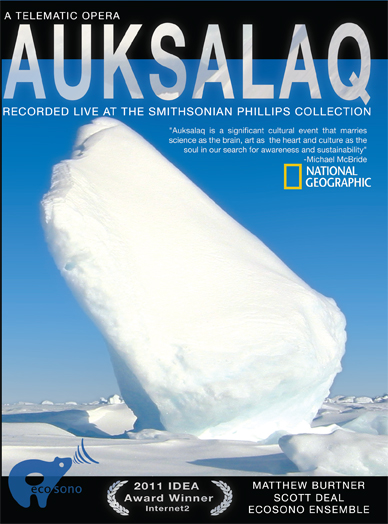 About Auksalaq
Auksalaq, the Inupiat word for “melting snow/ice”, is an opera that provides an in-depth journey into the vast and remote, yet rapidly changing arctic regions of Alaska and Canada. Created by composer Matthew Burtner and media artist Scott Deal, the work integrates artistic expression, scientific information, and social/political commentary into an interactive, multi-dimensional collection of narratives that provide a stirring and sobering commentary on a world that is disappearing as a result of global climate change. The narrative of Auksalaq incorporates fragmented and conflicting perspectives about the state of climate change as experienced in Alaska and the Arctic. These accounts, portrayed in the form of a scientific commentary and interviews with people of the region, are woven into a story about change in the far north. The music expresses interlocking environmental forces as eco-musical forms, expressing the profound changes in the ice-flows of Arctic waters. The media presents vivid imagery of Arctic land, sea and sky, as well as scientific data and animation. An interactive audience-participation software called NOMADS enables engagement with the performance in real-time across all the stages.