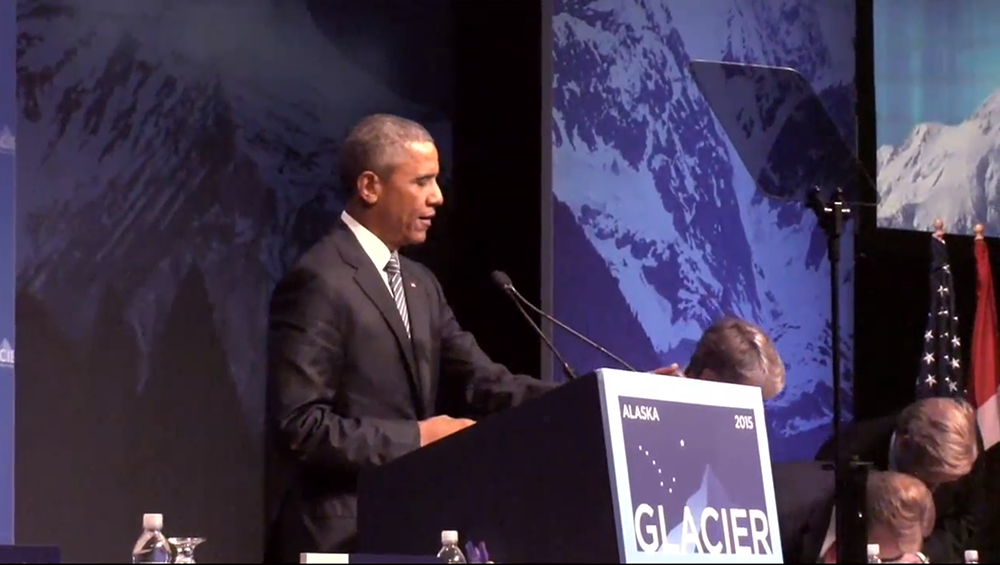 Matthew Burtner’s music was featured by the US State Department at the GLACIER Conference, a part of President Obama’s initiative on Climate Change in Alaska. The compositions “Fern,” “Spectral Arctic Ice Triangulations” and “Ice Cycle: Formation” were played during the events for Obama and other leaders of the Arctic nations. The Obama State Department commissioned Burtner to create a playlist of music created out of glacial and Chukchi sea sounds, and from climate change data.
More information on the conference: http://www.state.gov/e/oes/glacier/index.htm 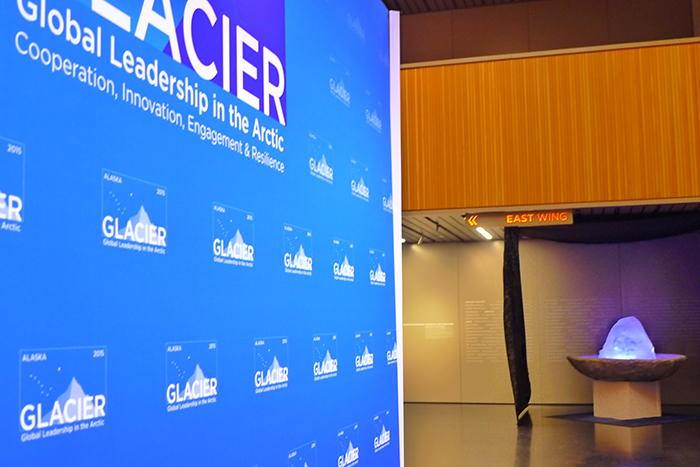 In addition, Burtner contributed music to “Sikuigvik”, an installation at the Anchorage Museum of Art in collaboration with Garrett Burtner and a team of designers. The piece features an illuminated 800lb piece of glacial ice with imbedded speakers  playing a newly composed work, “Threnody (Sikuigvik)”. 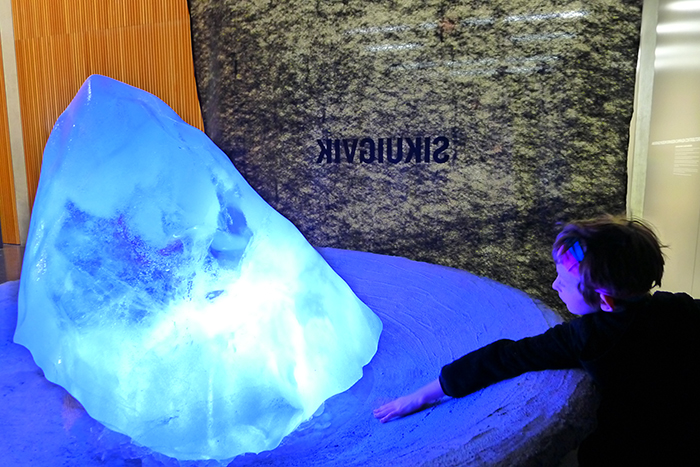 Matthews notes on the pieces presented at GLACIER:

From the tundra earth, a fern unfolds and stretches into the sky.

Underneath the ice shelf of the Chukchi Sea we hear the ice cracking and shifting; fur seals, bowhead whale and beluga call underwater. These recorded sounds are processed by a digital filter, itself made out of 40-years of sea ice extent change data. This is a song of global warming sung by the soundscape of the Arctic ocean.

The sounds of a melting Alaskan glacier are “refrozen” by the computer into melodic tones. The ice forms crystals of sounds. These crystals build into a six-pointed rhythm, a snowflake pulse, that becomes a new glacier of sound.